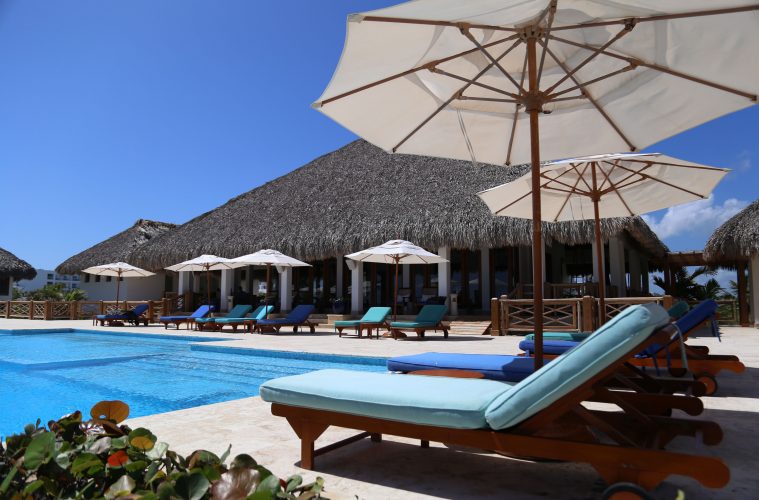 What I’m hearing now is an uptick in inquiries about the second home market,” said Anders Bogebjerg, owner of local real estate firm Group Palmera. “Interest really hasn’t slowed down with COVID. A lot of people are asking, especially from New York Area and Florida.”

Barbara Warren of Noval Properties said that the pandemic actually did the contrary. “There has been a boom in residential [investment] due to the [coronavirus pandemic] and the fear of large crowds,” Warren revealed. “There has been a significant uptick in sales of turnkey-ready properties.” 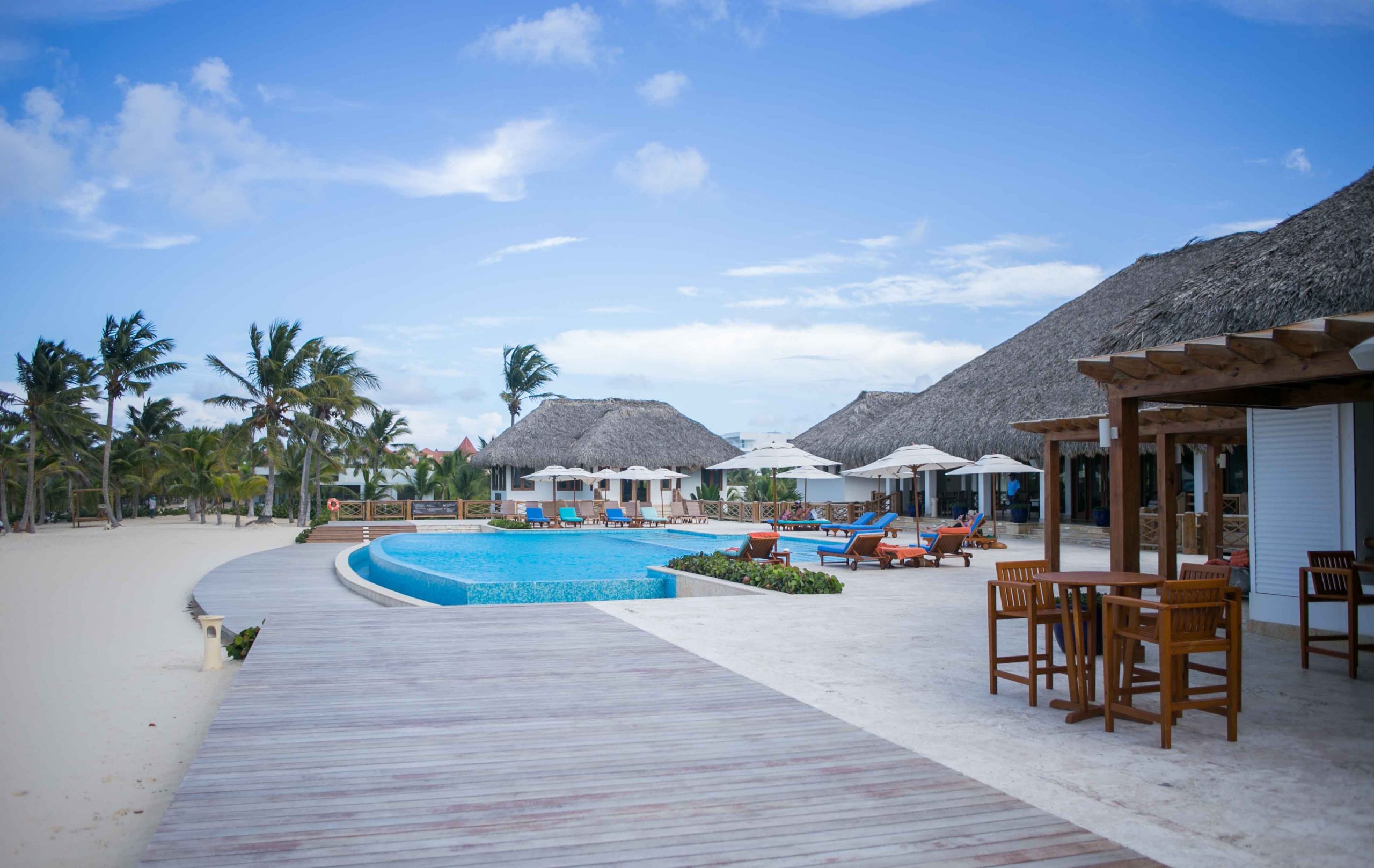 These claims were supported by Lucien Echavarria, director at the Ministry of Tourism of the Dominican Republic. “Interest in real estate in the Dominican Republic, particularly Punta Cana, remains high because smart investors know the DR is the type of destination travelers are looking for now,” said Echavarria. “It is close and has a strong, stable government.”

The Dominican Republic’s residential property market has grown rapidly in recent years, thanks to robust tourism growth and the arrival of luxury international and boutique hotels, coupled with strong economic fundamentals.

“Tourists come for the surfing and the windsurfing, and many of them end up buying homes here too,” says Josefina Covents of the Cabarete-based agency Josefina Covents y Asoc. There are no restrictions on foreigners buying property.

Aside from its reputation as a tax haven and long stretches of sandy white beaches and a balmy temperature, foreign homebuyers are attracted because a property is still a bargain, relative to the rest of the Caribbean. A newly-built one-bedroom apartment near a beach can be bought for just US$150,000 or less.

Foreign property investment is also encouraged by incentives, which according to the country’s tourism office, include:

However, the Dominican Republic is not your usual Caribbean fantasy ‘unspoiled virgin island paradise’. It has more than 10.4 million people spread over a mountainous 48,072 sq km, and the social problems include a vast gap between rich and poor, and the highest possibility in the world of death from handguns, though the situation has improved dramatically over the past decade.

There has been an amazing increase in wealth, with the country’s average per capita GDP increasing by more than three times from just US$2,460 in 2003 to US$8,600 in 2019, one of the highest in the region, according to the International Monetary Fund (IMF). Moreover, the national poverty rate dropped sharply from 41.2% to 30.5% in the past five years.

Also, it has great attractions for the adventurous traveler. “There’s the natural beauty of the landscape. The country is very green, different shades of green,” says Monique Frings of Dominican-realty.com. “It has the highest mountain in the Caribbean and a small salt water lake. There are miles and miles of beaches and nobody comes. It is still very open.”

The Dominican Republic offers good rental yields, with some areas registering net rental yields as high as 10% annually, according to some local real estate experts.

The surge in foreign property investors has been pushing prices up by an average of 10% every year since the global crisis, according to local real estate experts. Currently, prices for residential properties with an ocean view typically start at about US$120,000 while beachfront properties start as low as US$150,000.At the high-end market, prices of luxury homes, which typically have an asking price of at least US$5 million, are stable, but in some areas, these prices are also rising robustly.

“The bottom has been hit and now, up it goes,” said Cesar Herrera Gutiérrez of Provaltur International, the exclusive affiliate for Christie’s International in the Dominican Republic.

The volume of luxury property transactions has been continuously rising in the past several years, according to local property experts.

The Dominican Republic has been the top vacation destination in the Caribbean since 2005, by a considerable margin, according to the World Bank.

The tourism industry contributes about 15% of the country’s GDP.

But this year is an exception, with tourist arrivals in the whole Caribbean region almost grinding to halt after the imposition of travel restrictions and lockdown measures worldwide. Dominican Republic closed its borders from mid-March to July 1, in an effort to prevent the spread of the virus in the country.

Non-resident stay-over tourist arrivals in the Dominican Republic plunged 65% y-o-y to just 1.74 million in the first seven months of 2020, according to the Banco Central Republica Dominica.

To revive the industry, the government has announced a tourism recovery plan, with measures to ensure the health and safety of both visitors and locals, including medical insurance and random breath tests on passengers.

Most of the hotel chains in the country have already reopened.

“We are focused on driving continued growth for the sector, along with our country’s image,” said Tourism Minister David Collado. “We are confident that together we will overcome the challenges of the pandemic and ensure that the Dominican Republic remains the number one destination in the region for international travelers, who visit either for vacation, business, investment opportunities or returning to their preferred second home.”

Foreign buyers rush to the coast

Tourist developments are concentrated in the east and north. Southern areas such as Barahona and Pedernales are less developed and less visited, but there have been efforts to promote them as eco-tourism destinations.

Punta Cana is the most popular tourist destination. Punta Cana’s international airport, situated in the country’s popular eastern region, receives around 65% of all tourists traveling to the country every year.

Some of the most desirable residential areas are in tourist hot spots such as the capital, Santo Domingo, and the areas on the country’s beautiful Atlantic coast, such as the tourist towns of Sosua and Cabarete, the peninsula of Samaná, and Puerto Plata. Luxury beachfront apartments in places such as Punta Cana and Bavaro, Las Terrenas and Boca Chica have been built in recent years.

One of the most high-profile developments has been the Cap Cana project on the east coast, a high-end residential and tourist mixed development of hotels, oceanfront homes, golf courses and commercial establishments.

What is on offer

The Dominican Republic’s property market is very diverse. Prices at the lower end of the luxury market range from around US$100 to US$420 per square foot (sq. ft) for a prime oceanfront home, according to ReMax’s Premal Parekh. However high-end residential property prices can go as high as US$5 million in the north and US$9 million in the south. The highest-priced home in the Dominican Republic is listed for US$25 million, Parekh added.

In Santo Domingo, the country’s capital and largest city, the average price of a two- or three-bedroom house in the city center stands at around US$150,000.

In Puerto Plata, on the north coast, apartment prices have been rising by double-digit figures. Bigger apartments have showed the highest price appreciation. A 200 square metre (sq. m) apartment in upscale neighborhoods of Puerto Plata, like Sosua, costs around US$2,400 per sq. m.

In the Cabarete area, the price of an older two- or three-bedroom condominium farther from the water starts at about US$200,000, while oceanfront homes in newer luxury developments, like Sea Horse Ranch, sell for at least US$700,000, said William Holden of Holden Sotheby’s International Realty.

Several new oceanfront luxury condominium developments have been built in the past several years, with unit prices ranging from US$500,000 to US$2 million.

The construction of major hospitality projects like Cap Cana, the Moon Palace Resort in Punta Cana, and San Souci Port in Santo Domingo are also expected to boost tourism, as well as the real estate market.

Though the Dominican Republic has its own currency, the peso, most real estate listings and transactions, especially of high-end properties, are quoted in U.S. dollars.

The construction sector accounted for more than 7% of the country’s GDP in recent years. The number of permits for construction of apartments rose by 10.7% in 2019, following a spectacular growth of 81% in 2018, according to the Oficina National de Estadistica. Likewise, permits granted for housing construction also rose by 11.1% last year, after increasing by 121% in 2018.

However, most residential construction is aimed at the high-end market.

The low-end market has an acute shortage of accommodation, and the country has a housing deficiency of around 600,000 units.

Frequent hurricanes and flooding have exacerbated the shortage. Economic damage from natural disasters in the Dominican Republic costs around US$420 million a year, according to a recent study conducted by World Bank and the Ministry of Economy, Planning and Development. For instance in September 2017 alone, two strong hurricanes, Hurricane Irma and Hurricane Maria, devastated a large number of houses, particularly those built of low-quality materials near the sea.

The government recently pledged to expand social housing and build up to 40,000 new houses every year until 2023, with the help of the private sector.

Around 80% of all homes in the Dominican Republic are detached houses.

In August 2020, Banco Central Republica Dominica cut its benchmark interest rate by 50 basis points to 3%, its second consecutive rate cut this year in a bid to boost economic activity amidst the coronavirus pandemic. The central bank also cut the one-day repo rate from 4.5% to 3.5%.

Despite this, average interest rates on housing loans remain high.

Most property transactions in the Dominican Republic are done in cash. The country’s mortgage market was equivalent to just 4.7% of GDP in 2019, even though housing loans grew by more than 17% per year from 2000 to 2019.

More mortgages have been offered by local banks since 2012’s Law on Mortgage Market Development and Trusts provided tax incentives and established the Trust as a legal instrument. As a result, mortgages with a loan-to-value ratio of 70% of the appraised value of the property are offered.

Even during the global crisis, foreclosures did not significantly impact the country’s housing market, because most foreigners pay in cash. While house prices fell after the 2008 global financial crisis, “it never fell as much as other parts of the Caribbean and the world,” said William Holden of Holden Sotheby´s International Realty.

However economic activity has been falling since March 2020 due to the pandemic. The economy is projected to contract this year by about 6%, before bouncing back with a 4% growth in 2021, based on IMF estimates.

Nationwide unemployment rate is expected to surge to 16% this year, sharply up from just 6.2% in 2019, according to the IMF.

Have Your Hear About Our Fly & Buy Program? Click Here to Learn More…