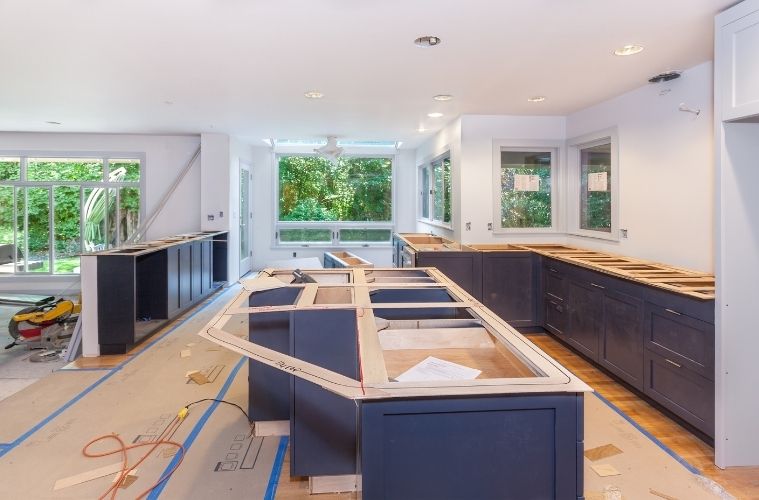 4 Kitchen Remodeling Mistakes You Should Avoid

A kitchen remodel is a significant project that costs money and time but can raise the property value of your home and make you want to cook more! Unfortunately, there are many myths and kitchen remodeling mistakes you should avoid, and we’ve outlined a couple to keep in mind as you begin your renovation project.

One of the most common mistakes amateur home designers make when remodeling their kitchen is focusing too much on how it looks and not how it works. Remember that your kitchen isn’t just decorative—it’s for cooking and is the central hub of your home where people can gather to socialize.

While designing your kitchen, consider the work zones and functionality of the layout before you implement anything. As impressive as your kitchen might look, if it’s not functional to use, you’re not going to spend much time in it.

It’s a common problem to focus too much on the kitchen’s aesthetics and forget about storage. There are many options for storage, but you probably don’t want all your cooking materials hanging up on the walls!

It’s not as fun to design the storage, but it’s crucial to a functional kitchen. Typically, this mistake occurs when choosing cabinetry, as many people will pick the trendy cabinets that look great but don’t offer enough space. It’s one of the many kitchen décor mistakes that too many people make when considering style instead of utility.

A new favorite among kitchen designers is the large kitchen island. There’s a lot to like about large kitchen islands (literally) as they offer a multi-functional counter space for food prep and cooking. They can also act as a gathering place for the household.

However, you don’t want to get carried away and go with too big of a kitchen island. Consider the layout and limitations of your kitchen space. If your island is more than 10 feet long, it’ll be tricky to walk around, and if it’s more than 4 feet deep, it’ll be a hassle to reach the middle.

A large kitchen island can be the perfect focal point for a kitchen, but make sure it doesn’t overwhelm the rest of your layout.

It’s natural to get a couple of days or weeks into your renovation and come up with an idea or see something you don’t like and decide to make a change. That’s normal, but be wary of making too many changes in the middle of work.

Ideally, your kitchen design should be as close to perfect as possible before starting. Stopping to make changes will mean extending the timeline, increasing labor costs, and taking more money out of your pocket.

A kitchen remodel is an exciting project and changes the feel of your entire home, but it can also lead to headaches and disappointments if you don’t approach it correctly. There are numerous kitchen remodeling mistakes you should avoid. The critical takeaway you should learn from them is to focus on form, not just function.