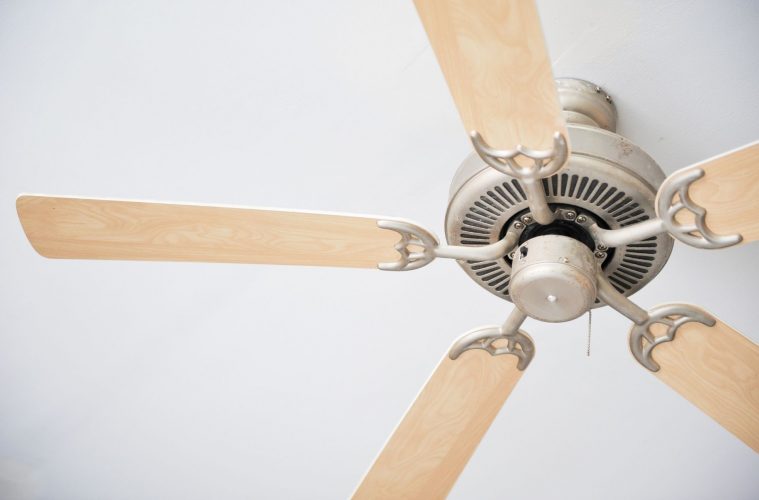 The best ceiling fans distribute air in your home and offer good lighting. And when you’re relaxing, you want your fan running quietly. These small features are likely why you came across our blog on the different types of ceiling fan styles. You’ll need to pick the type that best suits your needs.

These are mounted on sloped or flat ceilings using a metal pipe that connects the motor to the mounting bracket, suspending the blades at least 7 feet above the floor. Too add, these fans are perfect for tall ceilings that exceed 8 feet in height.

The flush-mount ceiling fan is also known as the low-profile or hugger fan. It installs directly onto a mounting bracket that secures it to the ceiling. Many people install these fans in rooms with ceiling heights of fewer than 8 feet. The style allows the blades to still leave at least 7 feet from the floor.

As the name suggests, Energy Star–rated fans feature energy-efficient motors and sleek blades to allow the fan to rotate on low energy. In addition, this ceiling fan style is efficient in air distribution and lighting.

Dual-motor fans are known to be effective both indoors and outdoors. They’re so versatile due to their extraordinary style, which involves two adjustable fan heads supported from a horizontal rod linked to a compact motor housing. The best places for dual-motor fans include:

These ceiling fans offer the ability to adjust lighting, blade direction, and speed with a button press. In fact, you can control some from 40 or 50 feet away, making them ideal for people who cannot manually adjust the fan.

You’ve probably noticed a fan or two in a store or school building. With the use of commercial ceiling fans, areas such as retail stores and office spaces can receive improved air. These giant fans are installed at heights of 10 to 25 feet, and they effectively improve room temperatures.

As you conclude our list of the different types of ceiling fan styles, remember that these fans feature heavy-duty motors that revolve the blades to efficiently ensure maximum air delivery. The right ceiling fan comes with many surprising benefits you never knew, including the ability to improve air quality. As you’re searching, don’t forget to choose the best style that can enhance a room’s appearance as well as improve air quality.