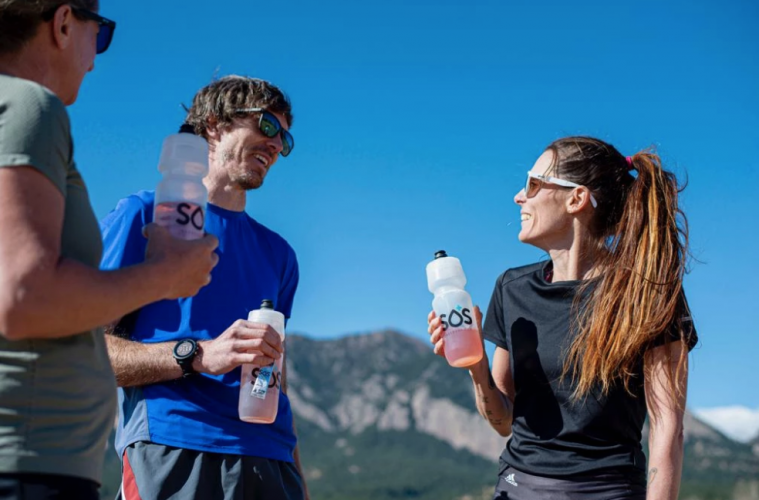 To say that today’s rapidly evolving water industry is overflowing with innovation would, pun aside, be a vast understatement. In fact, the modern drinking water category at large is being wholly redefined, currently immersed in a profound renaissance. This is thanks, in part, to an influx of cutting-edge hydration options prompting a seismic shift in how consumers regard water consumption. Specifically, a new science-spurred paradigm that the fundamental act of drinking water can, and should, “do more” to not only satiate and hydrate in the near term (and with utmost immediacy), but also address specific health concerns and generally promote and sustain one’s well-being—both physically and mentally.

While there are a number of brands that have entered the fray on the hydration acceleration front, one stands at the forefront of the field due to the depth of science driving—and overwhelmingly validating—its formulation: SOS Rehydrate. 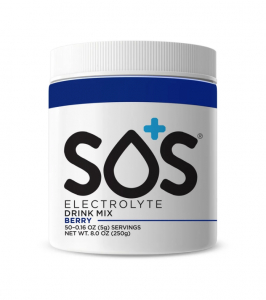 Dehydration Debilitates in Many Ways
We all know that water is imperative for our fundamental survival but, beyond the basic life and death need, it’s helpful to consider some facets of our collective lifestyles putting us at a higher risk of developing mild to severe dehydration—a condition characterized by a harmful reduction in the amount of water in the body.  While certainly not all-inclusive, causes for this can encompass sweating from exercise and playing a sport; air travel; traversing in overly hot, humid, cold or windy weather conditions; drinking too much coffee and other diuretic beverages; recovering from a hangover; and a litany of other relatively commonplace daily activities.

Dehydration happens passively as well.  Did you know that, during a normal day, we lose about two liters of water just through breathing, sweat and other bodily functions? Even while asleep, we can lose over one kilogram (2.2 pounds) of water-weight not just through sweating, but respiration as well. Even air conditioning has drying effects on our body. The health implications of dehydration are vast and can range from mild to severe, including problems with the heart, blood pressure and breathing, headaches and cognitive issues like concentration … just to name a few. Do you regularly feel that afternoon slump? You should know that dehydration is the number one cause of daytime fatigue. And, be warned: When we first start to sense thirst, we are already close to two percent dehydrated.

Setting a Scientific Standard
No matter the situation or reason, even if to generally maintain one’s well-being, the ability to rehydrate quickly and effectively is advantageous on many levels. That’s where SOS Rehydrate comes in. It’s a medically developed, research-backed and independently tested formula proffering hydration that’s equivalent to an I.V. drip for combating mild to moderate dehydration. This flavorful, powder-based drink mix helps the body rehydrate fully three-times faster than by drinking water alone. And, it can be used to replenish the body with highly effective fluid absorption no matter the conditions and without causing gastrointestinal distress.

Based on top-tier medical and sports science, SOS Rehydrate was engineered by a leading doctor, two former elite athletes and a retired military medical officer with the sole purpose of combating dehydration to improve overall human performance, no matter the lifestyle circumstance. In fact, company co-founder James Mayo was an officer in the Army for six years, where he achieved the rank of Captain. Concurrently, James ran track and field for his country where he earned the distinction of national mile champion. His brother, Tom Mayo, was also a top-tier international middle-distance athlete—a sub four-minute miler—and Olympic Games contender … until dehydration derailed his dream. This unfortunate and entirely avoidable situation spurred the brothers, and James’ medical doctor spouse Blanca, to combine their respective areas of expertise and develop a suitable alternative to the mass market sugary sports drinks and create a best-in-class hydration product consistent with clinical-grade formulas combating extreme dehydration in disaster zones and E.R. Departments. And, so, SOS Rehydrate was born. 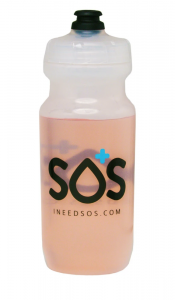 The product’s heightened hydration process leverages the body’s digestive “Sodium/Glucose co-transport system”—an Oral Rehydration Therapy (ORT) endorsed by the World Health Organization (WHO) and UNICEF. In fact, SOS is based on, and falls within, the ranges set out by WHO’s Oral Rehydration Solution Guidelines that are supported by over 50 years of dehydration research.  The medical mind behind the brand—a distinct point of differentiation for the company—cannot be overstated, as Blanca Mayo is a board certified internist and Mayo Clinic physician. Her expertise has propelled the applicability and efficacy of SOS far beyond other rehydration solutions on the market, since her proprietary formula not only employs proven science from WHO, but also the American College of Sports Science. This is a feat no other rehydration brand outside of SOS has achieved—one proffering a perfectly-balanced protocol that optimizes hydration in well people rather than those who are ill or suffering gastrointestinal issues as other available formulas are most appropriate for, engineering-wise—marketing spin aside. Also impressive is the copious amounts of world-class independent, third-party research also supporting the SOS Rehydrate’s approach.

“Not many companies have been willing to independently test their product for fear of failure,” James said. “Since day one, SOS has not only followed proven rehydration guidelines set by leading organizations, but has also put our product formulas up for independent research so that we can base our claims on fact rather than self-promotional rhetoric. One need only review the ‘How does SOS Compare’ page of our web site to appreciate the comprehensive suite of reasons putting our formula in a scientific league of its own. We want consumers to fully vet us against our competitors as well as published scientific standards so they can truly understand appreciate what sets up apart and makes our product worthy of their hard-earned dollars.”

Even with all of the science-based backing and wellness justifications, if a lifestyle beverage does not taste good it just will not fly. That concern is a non-issue, as SOS Rehydrate does come in five fab flavors: berry, citrus, mango, coconut and watermelon. All are availed in handy and highly portable powder form with a dissolve time of under 10 seconds.

So, if you’re fishing for a way to help your energy and stamina surge, keep fatigue at bay and ensure physical performance flows at a high level, consider integrating SOS Rehydrate into your daily routine. At the very least, it will certainly make it easier to get in those recommended days eight-cups of water.