The Perfect Taste of Summer in Plymouth, Massachusetts 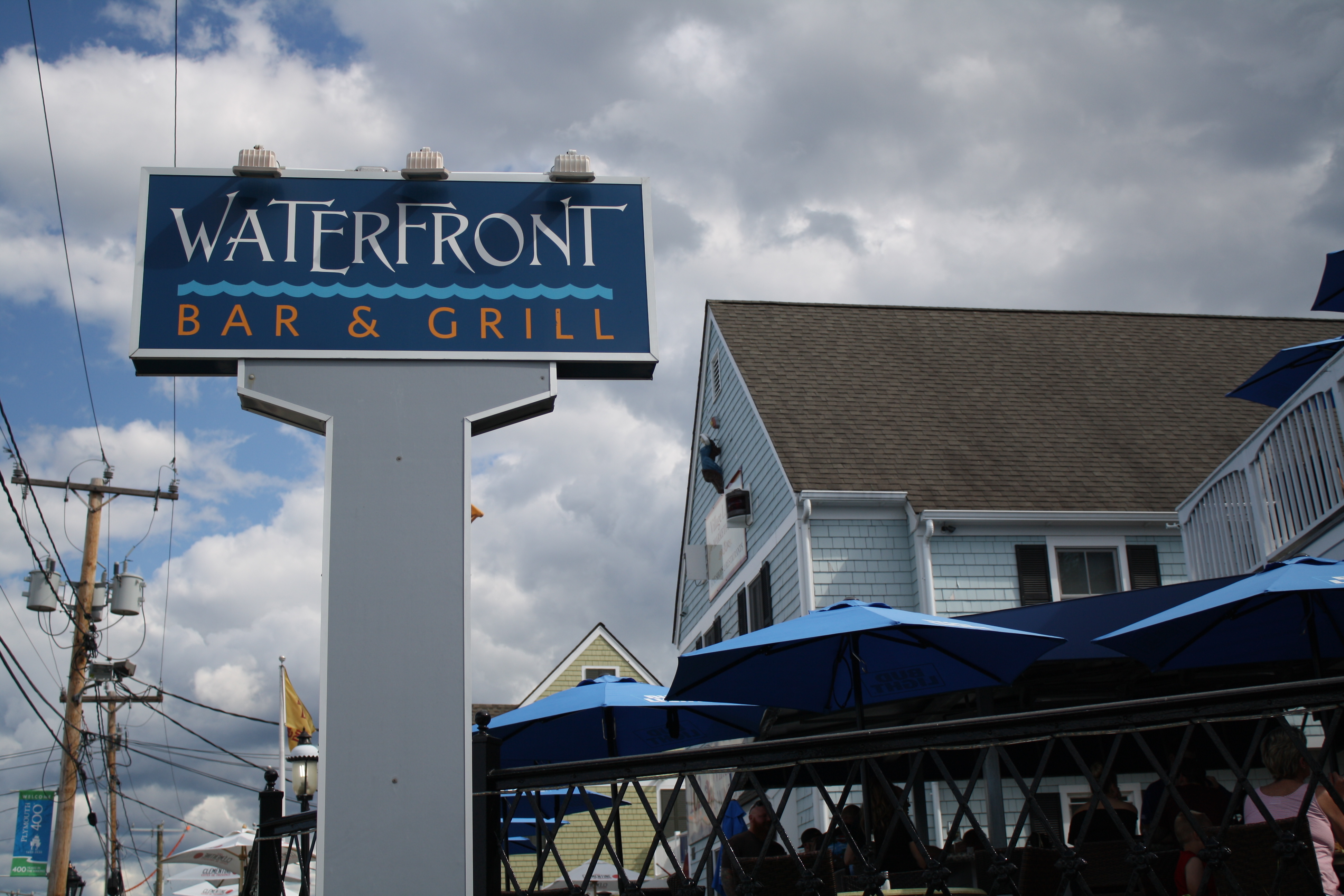 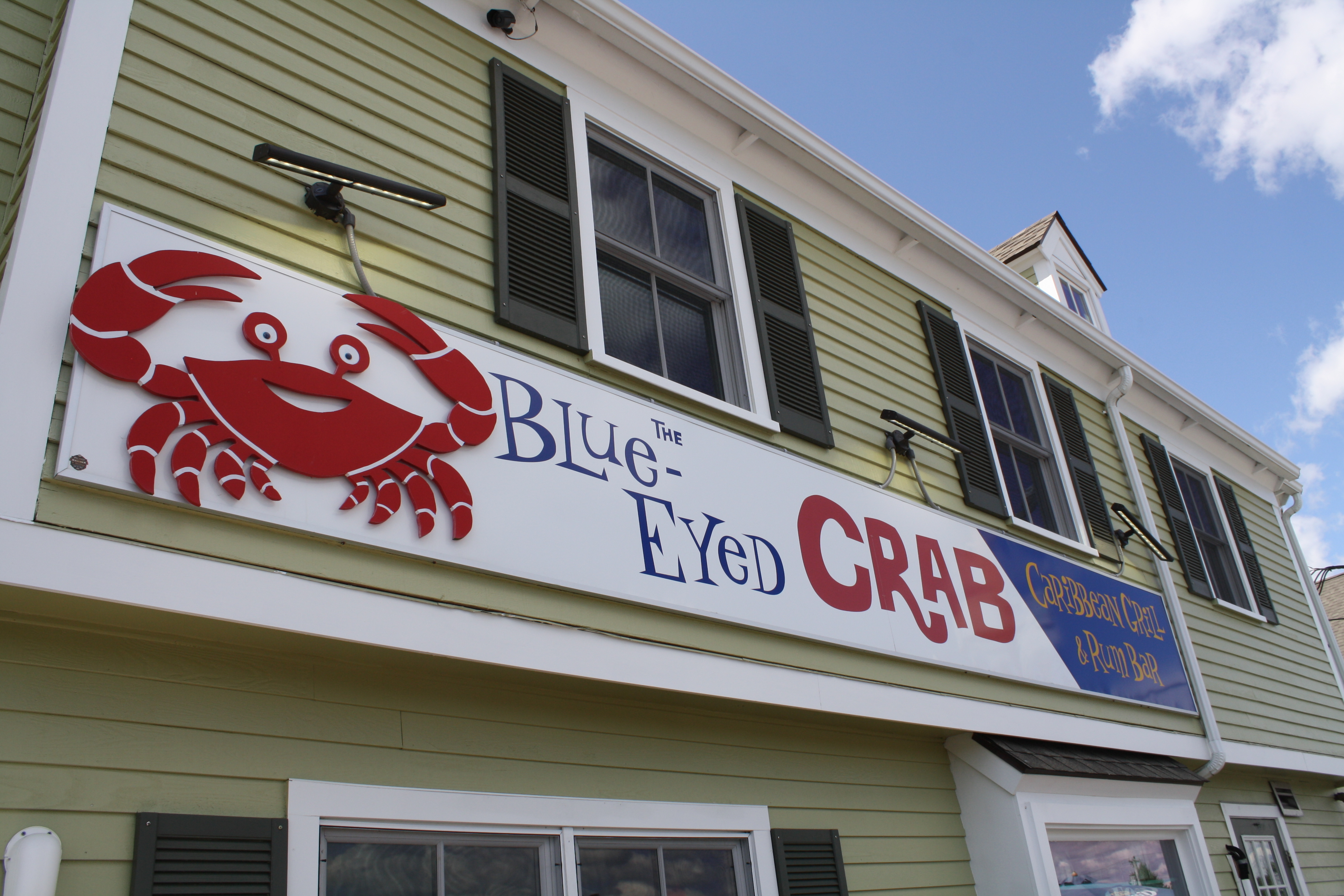 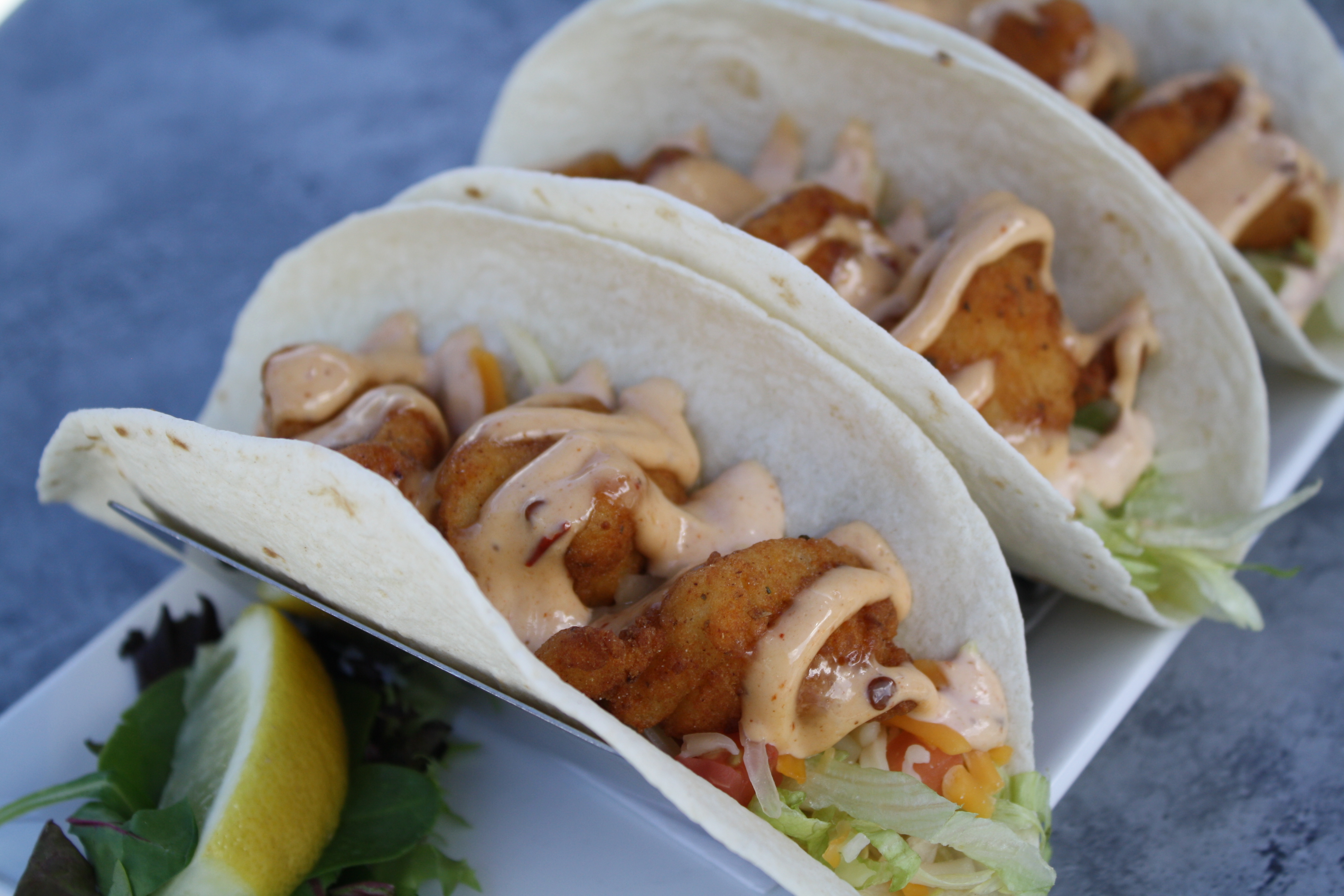 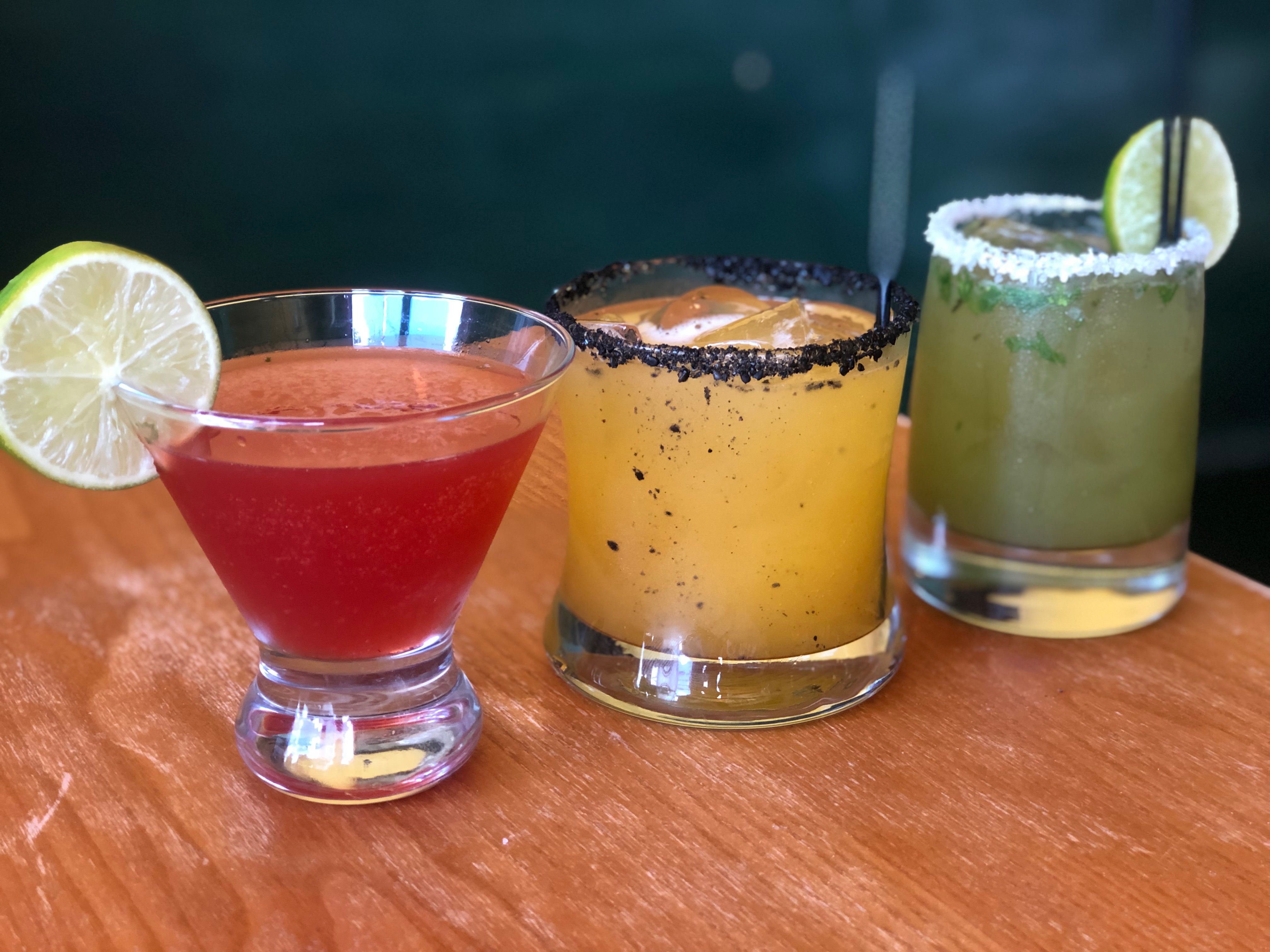 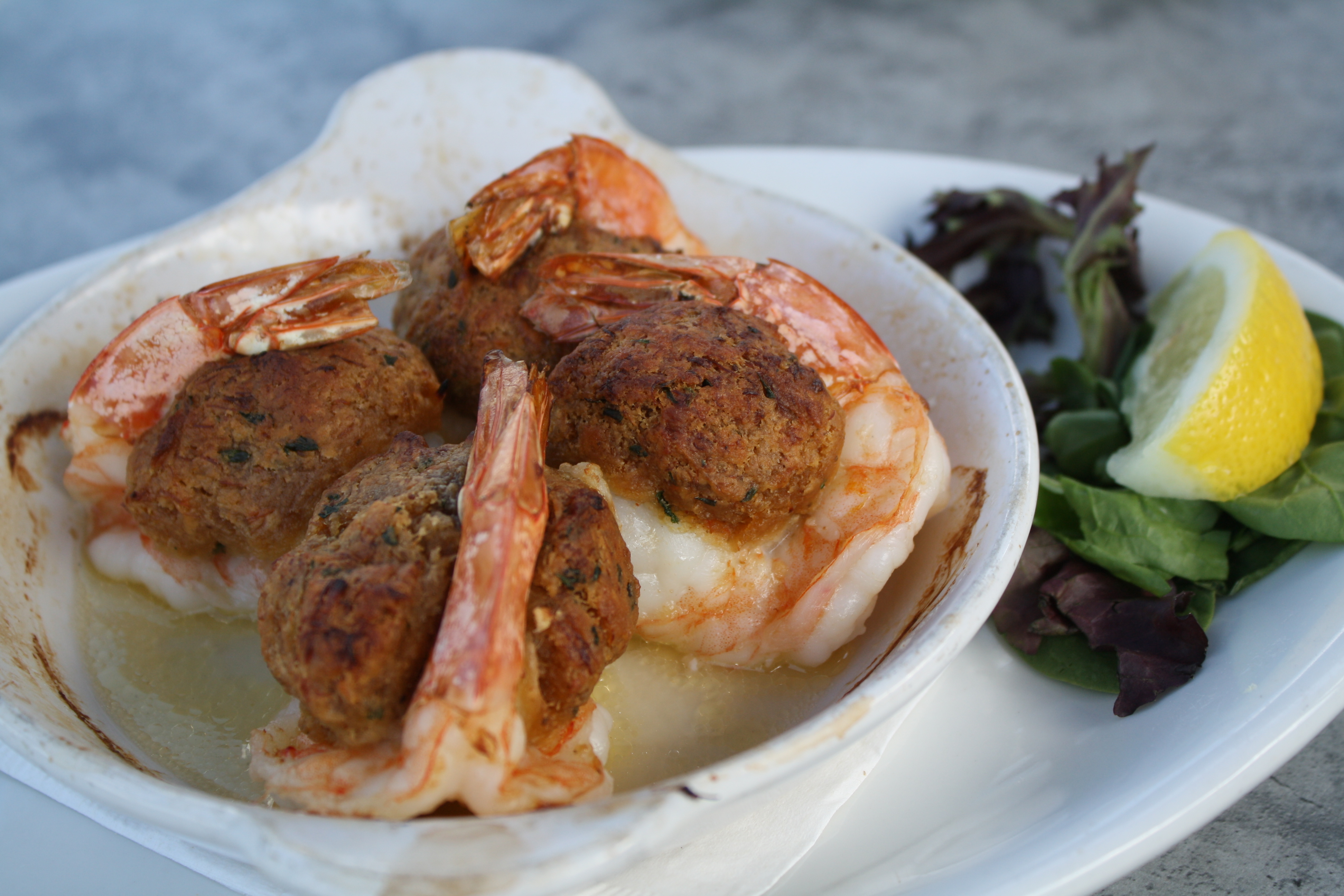 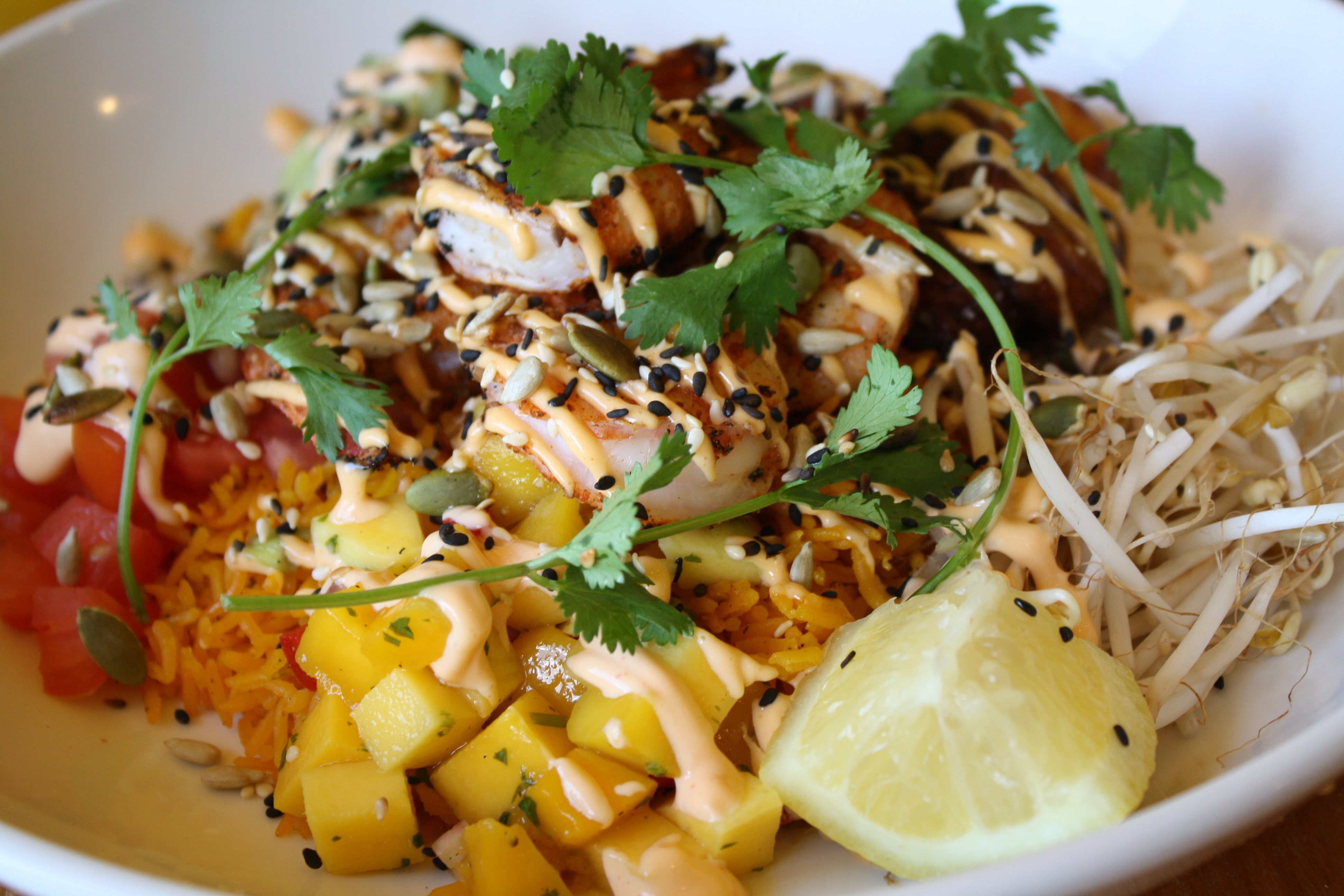 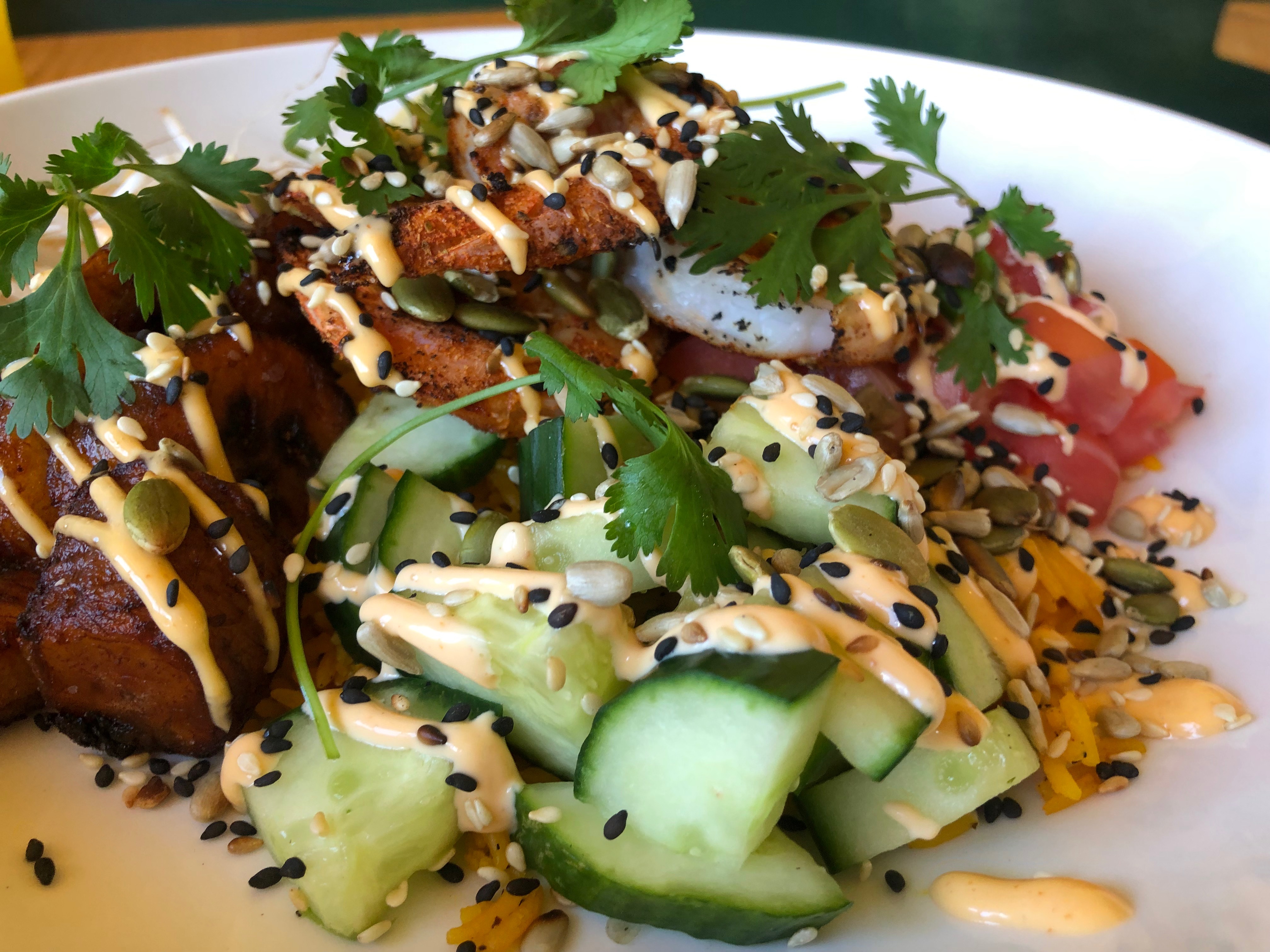 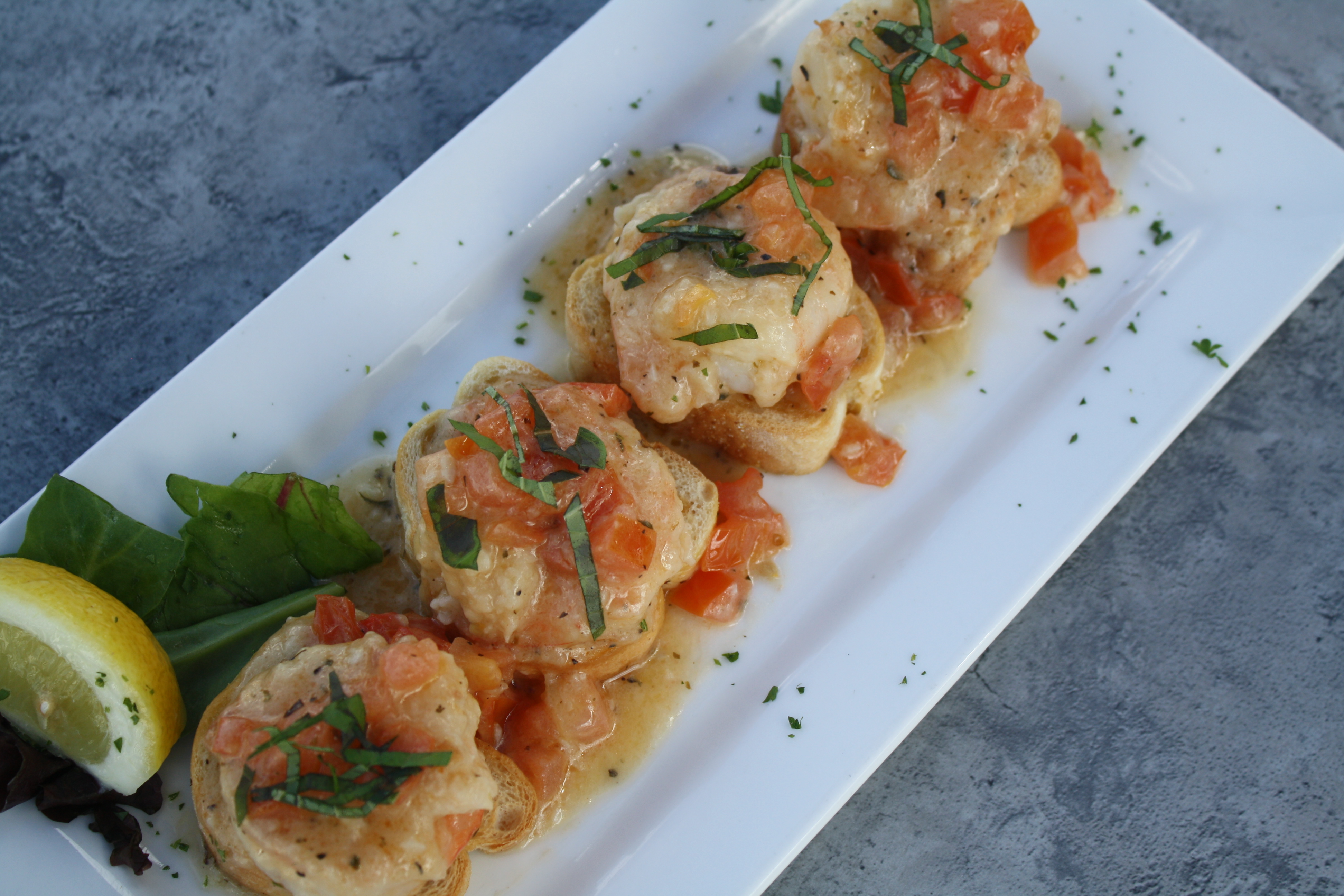 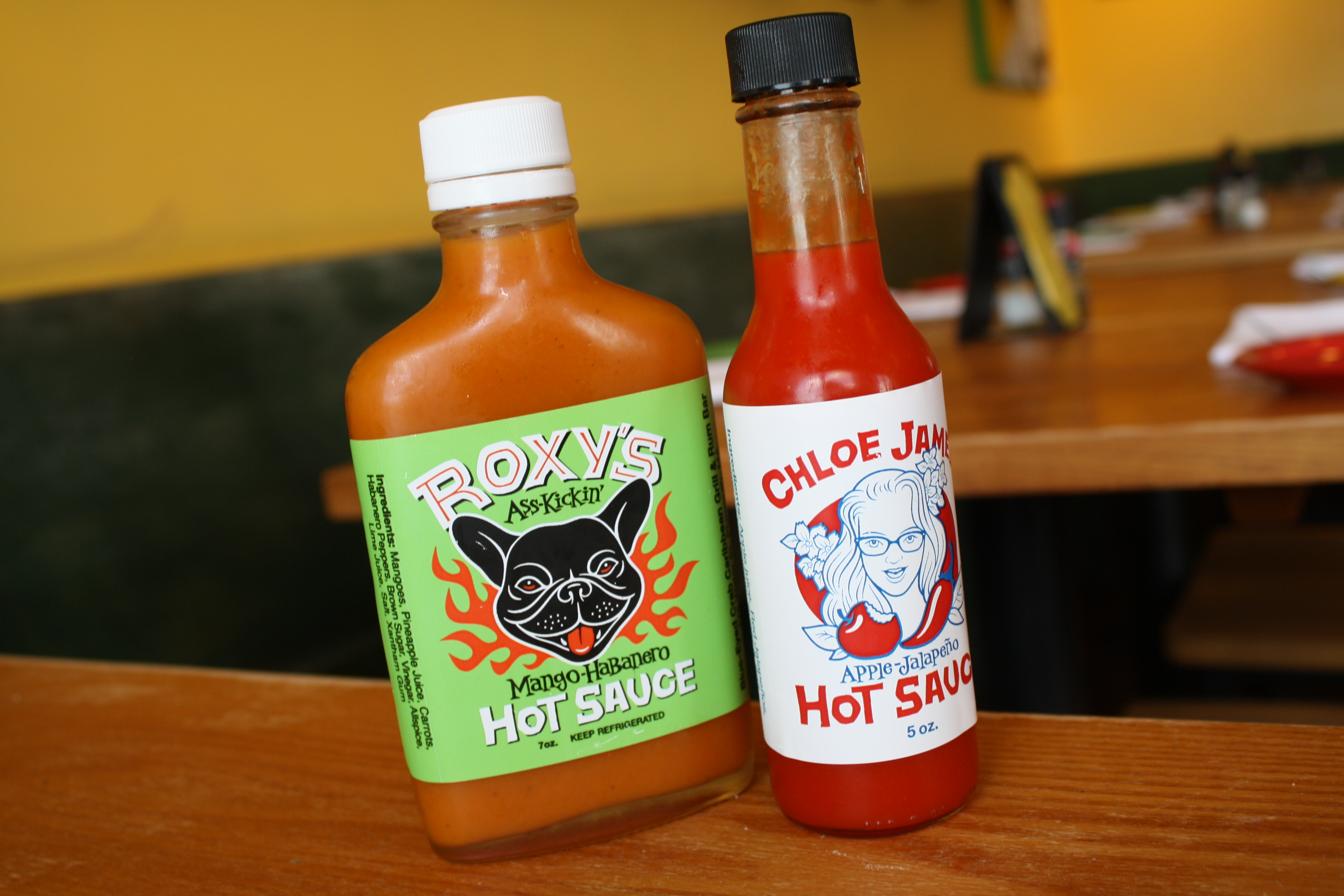 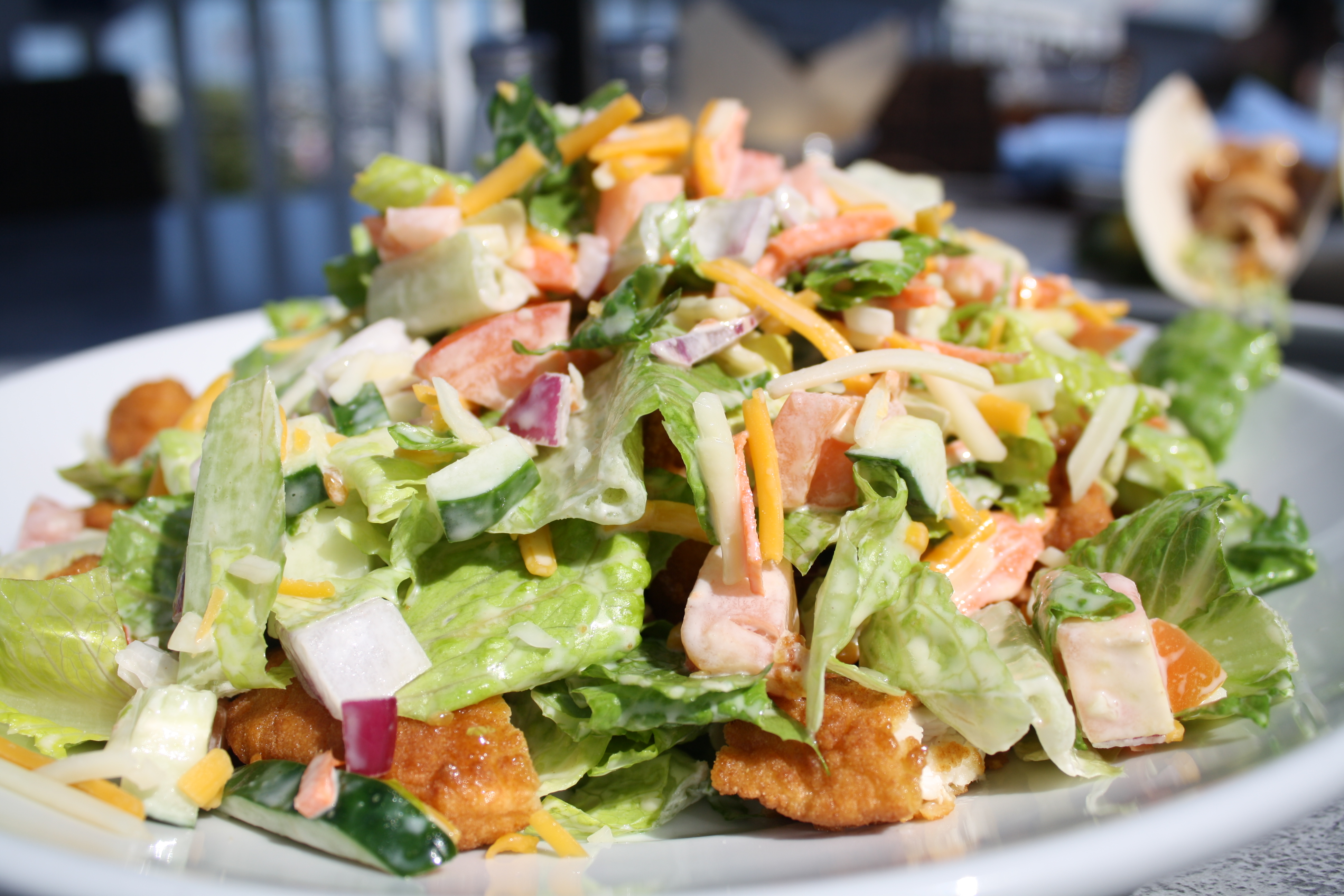 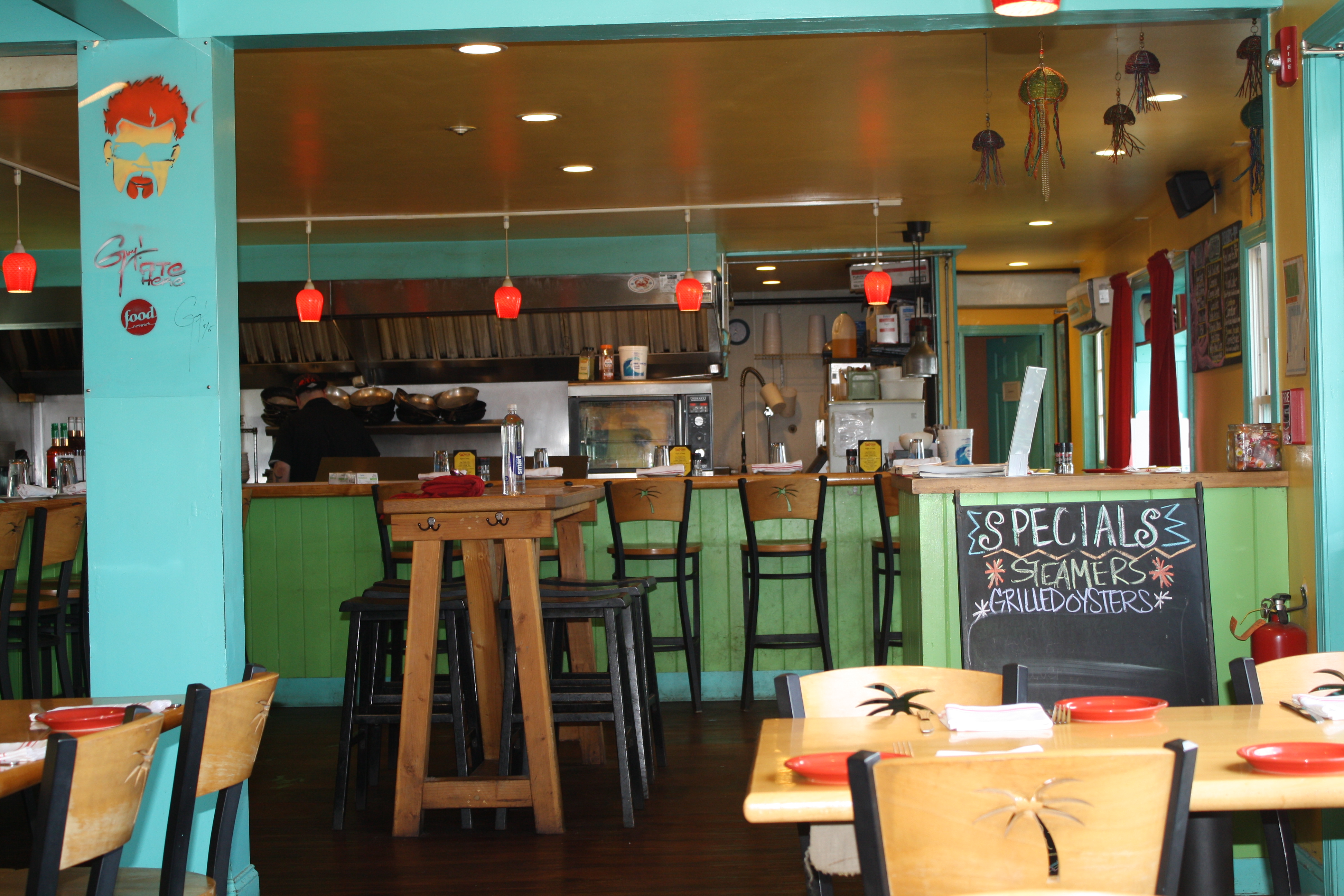 Plymouth is one of the most historical towns in all of Massachusetts – from the Plymouth Rock to the Plymouth Plantation – it is filled with many must-see landmarks. Aside all its history, it has some of the prettiest waterfront views, and is known for its community-centric seasonal festivities. But, on top of all of that, Plymouth is a great place to visit for some of the best dishes and drinks that you can find on the coast. To get a true taste of Plymouth, I visited two of the most well-known establishments in the area: The Blue-Eyed Crab Caribbean Grill and Rum Bar and The Waterfront Bar and Grill.

The Blue-Eyed Crab is bright, bold and filled with Caribbean-themed décor, like engraved palm trees on the chairs and barstools as well as sea creatures on the walls. The interior truly makes you feel exactly as if you are on vacation in the Caribbean! You can enjoy their menu inside, or outside on their deck with a great view waterfront view. Not only is it loved by Plymouth natives, but by the very own Guy Fieri as well! In May of 2015, Guy visited for a bite to eat on Diners, Drive-Ins and Dives; photos of the visit can be found hung on the walls. So, of course I was beyond excited to try some of the delicious dishes that were featured on the episode, which still airs today.

The menu has been newly revamped by Chef Jim Casey as of this past February. It has something for everyone, with appetizers, sandwiches, salads, bowls and entrees separate by location of which they are inspired from. On this menu, you can find dishes inspired from Miami, Bahamas, Cuba, Puerto Rico and Dominican, Jamaica as well as Plymouth area. 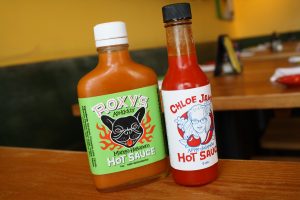 I got a taste of some of the most popular dishes on their menu. First, I was served their corn bread with maple butter to spread on top. After hearing how often customers dip the bread into their widely-known hot sauces, I immediately gave it a shot. As a hot sauce fanatic, I can vouch for the Chloe James Apple-Jalapeño and Roxy’s Ass Kickin’ Mango Habanero sauces, named after the owners’ daughter and French bulldog, as two of the best I’ve ever had. 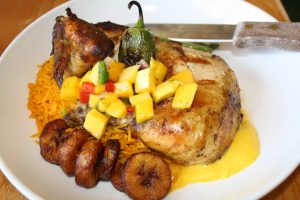 Top these tasty, hugely portioned dishes off with some refreshing cocktails. For rum lovers, “Beach Umbrella” is mixed with aged rum, Campari, falernum, grenadine, lime juice and strawberry puree. And, for the tequila lovers like myself, try “Toes in the Sand,” mixed with tequila, mango puree, lime juice and cinnamon simple with a black lava salt rim. Or, order one of their most famous margaritas– the Pear Cilantro Margarita, which can be found as a special.

Another amazing option to dine at is The Waterfront Bar and Grill, which offers beautiful views of the Plymouth Harbor both upstairs and downstairs on their outside deck. I have enjoyed cocktails here in the past and was so excited to finally enjoy the menu items that are constantly raved about! For its’ 10th summer, it continues to be one of the hottest spots to host functions like rehearsal dinners or corporate events. Most notably, it is known for being the only outdoor raw bar in the area where you can watch shuckers shuck your oysters and little necks. 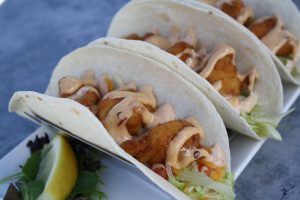 I was served some of the best items on the menu, while enjoying the beautiful breeze and views on their upstairs deck. The Fish Tacos, three tortillas stuffed with fried cod and seasoned with a Cajun spice, were topped with one of the most mouthwatering chipotle aioli sauces I have ever tasted. Next came one of the staples of the menu, the very generously sized Waterfront Salad, topped with house-made honey mustard and featuring crispy chicken. A crispy chicken salad has my name all over it, and I can attest that this is the most enjoyable one I have ever eaten. The chicken was fried to perfection – it likely cannot be topped elsewhere.

Two of the most popular seafood items on the menu include the Baked Stuffed Shrimp as well as the Garlicky Shrimp. The Baked Stuffed Shrimp includes four jumbo shrimp filled with homemade crabmeat stuffing (YUM!), while the Garlicky Shrimp includes four large shrimp that are sautéed in a white wine garlic herb butter and served over perfectly grilled crostini. If you are looking for some fresh, unique seafood dishes – look no further than these two.

The best part about these two locations? The fresh seafood, beautiful harbor views and summer vibes can continue even in the chillier months. Both The Blue-Eyed Crab and The Waterfront Bar and Grill are open year-round, so no matter what the weather is, you can always get a taste of summer.