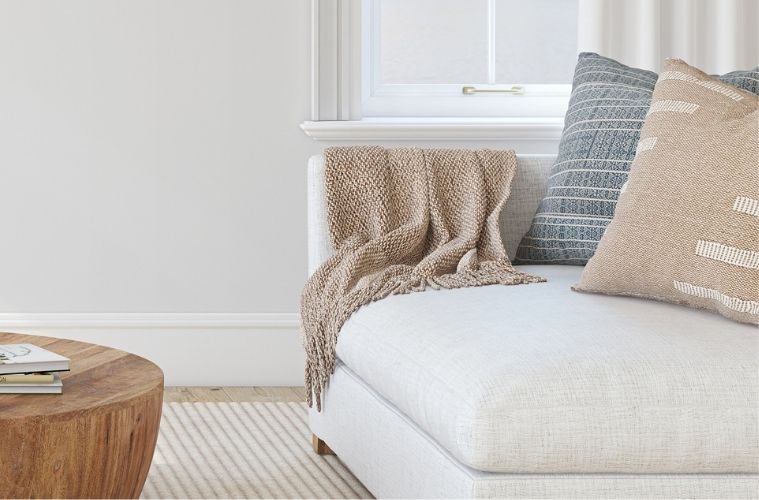 Tips for Mixing Patterns in Your Home Décor

Having a pattern here and there in a home is reasonably straightforward, but juxtaposing multiple patterns together successfully is another matter. Yet, because of its difficulty and rarity, the act of bringing together disparate designs is striking when you can pull it off. If you’re looking to take your style to the next level, follow these tips for mixing patterns in your home décor.

When using different patterns together in the same vicinity, you want to have a common element that unites them so that your arrangements exude intentionality. A facet of your patterns that you can use to accomplish this is color. If you decide on an overall color scheme that you stay within with every pattern, they will reflect the sense of chaotic coordination that you are going for. This does not mean that every pattern must include every hue that is a part of your chosen palette, though. You just need to select colors that work well together and stick to them in the room. For instance, you could go for a cool color scheme comprised of blues, greens, and turquoise. One patterned item could then include exclusively blue and turquoise, while the one next to it could have a pattern of green and white.

A fairly simple tip for mixing patterns in your home décor is to distribute patterns evenly. To put it another way, you want to spread your patterns in a room so that no singular section appears noticeably busier than another. This will effectively maintain balance, making the space feel satisfying to look at despite your eclectic design choices. The aspects of the room that are plain will also dampen the excess energy that those patterns bring since they lie between each patterned piece. Still, with certain items, you can juxtapose different patterns right next to one another once you’ve balanced the larger room. Throw pillows are a good example of where this is applicable.

Now, we move onto deliberately maximizing contrast between patterns, which may seem counterintuitive to the last two points. However, the goal is the same—you’re trying to keep the space from seeming overloaded. By varying the patterns’ sizes, you keep your home from feeling completely covered in a dizzying mess. Bring in one pattern that has larger shapes or images and make this a central component of the room you’re decorating. Since this pattern is big, it won’t feel as messy. The subsequent patterns you bring in should be smaller in scale, both with regard to the items they are on and their repeated shapes. To further clarify, let’s picture an illustration. You could start by putting up patterned wallpaper on a wall. This would be your main, large pattern. You could then follow this by adding a smaller patterned rug to complement it without both blending together into a muddled blob of details.