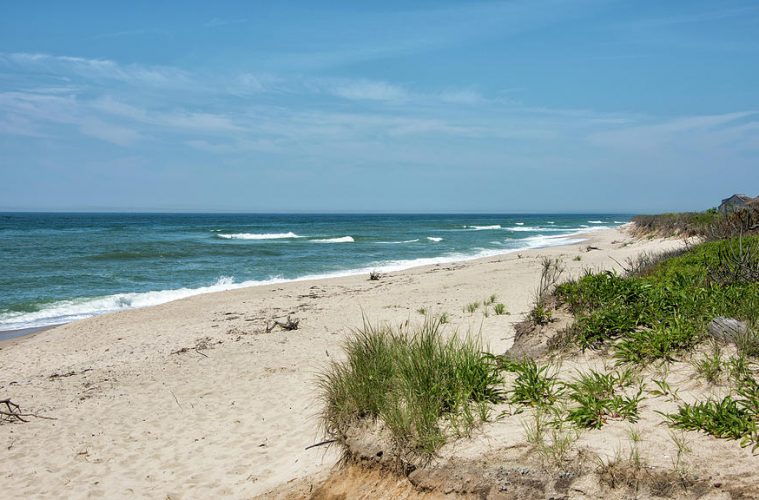 Cape Cod & the islands of Martha’s Vineyard & Nantucket are simply some of the most pristine parts of America. Each year over 5 million tourists flock to the region to experience just a small piece of life in this spectacular region. There is only one thing better than a visit to your favorite place and that is making it your home or a home away from home. Of all the places I have ever traveled in my life, Cape Cod and the Islands are still my favorite. They are amazing, such small and precious places. They can capture so much of our hearts and minds that we just keep going back, time after time. Living in Cape Cod is a dream that can be made a reality. The laid-back lifestyle, sweeping beaches, and lush landscapes make the Cape a paradise to live in for zesty summers and laid-back winters.

“2020 was truly a year unlike any other for Cape Cod real estate. The market broke and then re-broke records in nearly every key measurable category, setting new historic highs for the median sales price, dollar volume, and transaction volume,” remarks CCIAOR CEO Ryan Castle. “Closed sales ended the year up nearly 20% for single-family homes, and median sales price ended the year up 17.8%. Market activity was unusually brisk through the winter, reflecting continued strong demand for homes on Cape Cod.”

“ If you could travel back in time to 1950, chances are you would not recognize the communities of Cape Cod. Only 47,000 people lived here then, and almost everyone who had a home on the Cape was a full-time resident. The local economy was still dependent on a robust fishing industry and fast-growing summer tourism. Today, the year-round population has grown by over 350 percent to 250,000 year-round residents in Cape & Islands towns”. According to the Cape Cod Commission, roughly 41% of all Cape Cod homes are seasonal. The majority of these are empty in the winter. This means that the homes are generally easy to show, even on short notice.

Kinlin Grover also noted, “Among the wealthiest second-home owners, more than 60 percent have their primary residences elsewhere in Massachusetts, mostly in the Boston metro area. Another 10 percent come from Connecticut and Rhode Island. About 5 percent of second-home owners have their primary residence in New Jersey, while nearly 6 percent live in New York”.

“As a result, for so many second-home owners, their Cape residence really is their “other” home, enjoyed year-round. Many will leave work Thursday night and spend a long weekend on the Cape”. The Cape has so much to offer, all in close proximity. From quiet beaches to winding bike & recreation paths, to parks and quaint small villages for shopping and dining by the sea. By all standards, it is vacation home living that is relatively close to major metro markets and transportation hubs in the affluent Northeast.

With more than three dozen golf courses, Cape Cod, Massachusetts is a golfer’s delight. Whether you’re an avid golfer who prefers the amenities of a private golf resort or someone who enjoys playing a variety of public courses, the perfect golf experience awaits you on Cape Cod. Near every great golf course are fabulous options for living your dream. Fairway Pointe near the recently revamped Cape Club in Falmouth is a great choice. If resort-style living near the ocean is more your style then Willowbend, New Seabury, or Brewster’s Ocean Edge Resort are a great fit. Cummaquid Golf Club in the quaint town of Yarmouth Port is enveloped by the tight-knit neighborhood of Cummaquid Heights, the perfect spot for settling in and making friends. The Cape has so many options for golf communities, it’s hard to know where to begin.

The Islands of Martha’s Vineyard & Nantucket

Real estate sales on Martha’s Vineyard soared past the $1 billion threshold for the first time in 2020, shattering previous records as an unprecedented bull market for homes, buoyed by the pandemic, drove the market. According to year-end data compiled from the Dukes County Registry of Deeds, the Island finished 2020 with a total sales volume of $1.09 billion. The median home sale price on Martha’s Vineyard jumped from $875,000 in 2019, the previous Island record, to $1,035,000 in 2020, an 18 percent increase.

The Vineyard’s sister island of Nantucket has seen an even more dramatic increase in its real estate market. Traditionally about twice as expensive as the Vineyard, Nantucket surpassed the $2 billion thresholds for the first time in 2020, with median home prices hovering around $2 million. The typical home value of homes in Nantucket is $1,716,533. This value is seasonally adjusted and only includes the middle price tier of homes. Nantucket home values have gone up 4.9% over the past year.

Cape Cod and The Islands are actually broken into 6 distinct regions, let’s explore each of them a bit and what each has to offer for living “The Cape & Islands Life”, in a primary or co-primary second home.

The Upper Cape comprises the towns of Sandwich, which is the oldest of the Cape towns, Bourne, Falmouth, and Mashpee. It is the first region you reach after crossing the Cape Cod Canal, which is the longest sea-level canal in the world, boasting 7 miles of bike and footpaths on each bank. Within the four major towns are the villages of Woods Hole, Pocasset, Sagamore, and Sagamore Beach, and Cataumet. Mashpee is home to New Seabury.  This region alone is home to 10 beautiful beaches and 10 great golf courses

The Lower Cape is located at the “elbow” area of the Cape and includes the upscale towns of Chatham, Harwich, Orleans, and Brewster. It has much to offer including a large variety of year-round and second homes to choose from. The Lower Cape offers many bays and ocean-side beaches, extensive boating, fishing, water sports, a large variety of restaurants, art galleries, and shopping choices, and once again great golf courses.

The Outer Cape consists of Eastham, Wellfleet, Truro, and Provincetown. Here you will find little distraction from the natural beauty that Patti Page sang about back in the 1950s. Miles of pristine beaches, seagrasses, and sand dunes are the attraction of this part of the Cape. This strip of land is so narrow that in some areas, the distance from the ocean to the bay is only a mile.

The Island of Martha’s Vineyard is just 7 miles off the coast of Cape Cod in Massachusetts. On less than 100 square miles, you’ll find the 6 adorable small towns. These towns include Tisbury (Vineyard Haven), Oak Bluffs, Edgartown, West Tisbury, Chilmark, and Aquinnah. Throughout the year there are barely 15,000 residents but summertime brings that number closer to 200,000. Owning a home on the Vineyard means you should expect company – Often!

Nantucket is an elbow-shaped island located 30 miles off Cape Cod in Massachusetts. This beautiful island is a favorite summer vacation destination prized for its seaside charm, great restaurants, and lively shopping scene. However, Nantucket is not exclusively for the wealthy. Much of its 82 miles of prime coastline is open to the public. At the height of summer, downtown brings out a mix of classes and backgrounds, heritages, and a host of wealthy summer residents and celebrities.